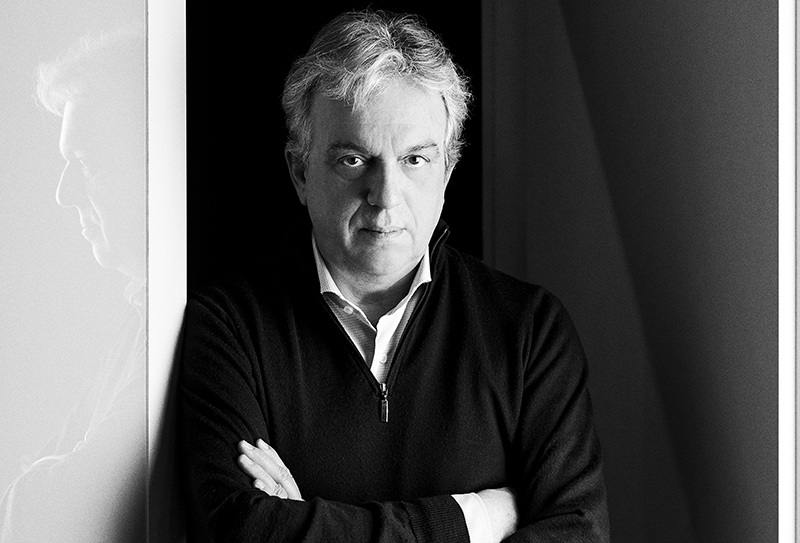 
Marco Piva since the beginning of his career has been working in Italy as well as abroad on architecture, interior and industrial design projects, earning numerous prizes and awards in Italy and abroad. Exciting, fluid, functional, this is the language that distinguishes Marco Piva’s creations: the effort in material research and technology, the value of differentiation and innovation, leads to an intense design production become one of the most representative in the contests of the Italian creativity and design. Marco Piva , a traveller and a designer, is an innovator who is dedicated to create unique design solutions pervaded by stylistic freedom.


Sober and, as much as life can permit, linear too, Scacchetti’s path: master of expertise expressed in four decades of academic and professional life, in which he manifested, since the beginning in Milano, strong ethical roots. His responsible discipline of conduct, always pursued and never betrayed, has been recognized and appreciated even elsewhere, in other markets, in other cultures. “The drawing has always fascinated me, especially the one by hand, straight off, the note, the sketch of a project. I believe there is a direct common thread between thought and hand when we sketch. To do, and to do in concrete terms: yes drawing, but drawing only as “promise” of realization, as prediction, as project”. 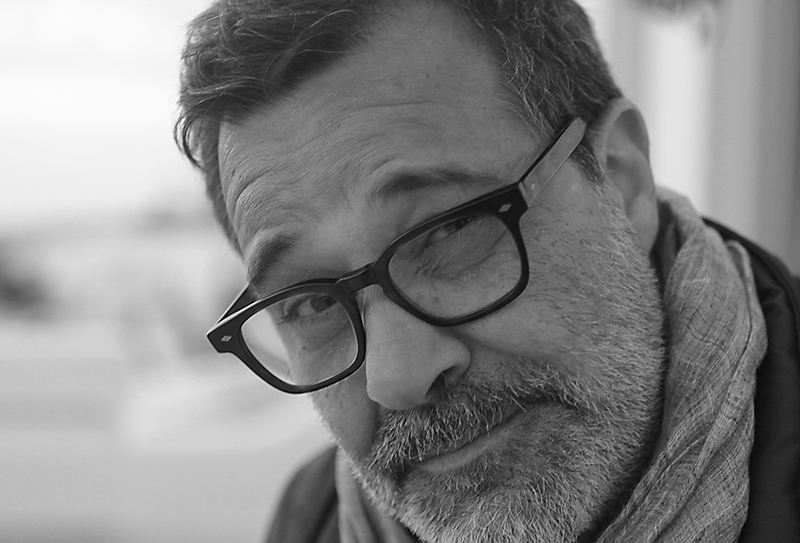 
Dario Curatolo deals with architecture, design and visual communication and he is a member of the Scientific Committee of the Triennale Design Museum (Triennale di Milano) and of the ADI national board; he teaches publishing graphics at the IaD school of the Tor Vergata University. In 2018 and 2019 he was appointed Italian Design Ambassador within the Italian Design Day project of the Ministry for Foreign Affairs. He was curator and designer of the Italian Pavilion at the Hong Kong Design Week 2017 with ICE and BODW. He designed “Mario Bellini. Italian Beauty” exhibition, where OAK is the main sponsor, which is now on display in Moscow at the Architecture Museum. 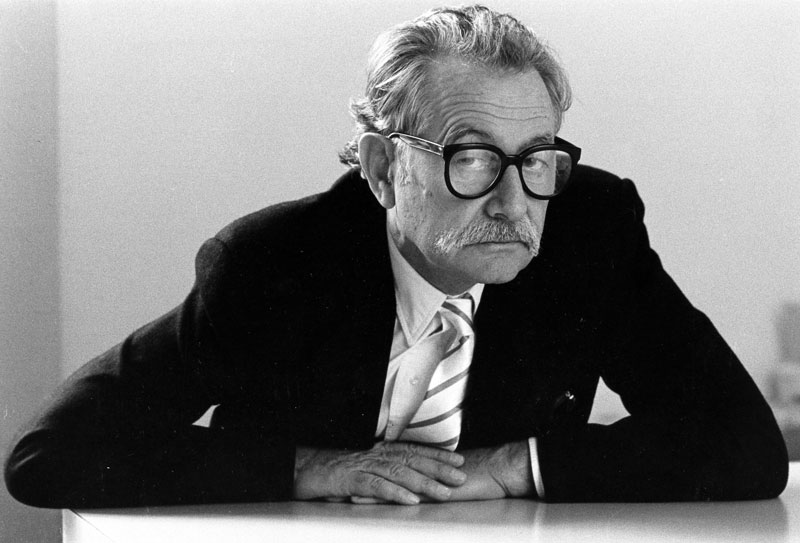 
Sottsass was born on September 14, 1917, in Innsbruck, Austria, and grew up in Turin, where his father, also named Ettore Sottsass, was an architect.[1] The elder Sottsass belonged to the modernist architecture group Movimento Italiano per l'Architectura Razionale (MIAR), which was led by Giuseppe Pagano. The younger Sottsass was educated at the Politecnico di Torino in Turin and graduated in 1939 with a degree in architecture. He served in the Italian military, in the Repubblica Sociale Italiana, and spent some of World War II in a prison and then in a labor camp in Yugoslavia. Sottsass Associati, primarily an architectural practice, also designed elaborate stores and showrooms for Esprit, identities for Alessi, exhibitions, interiors, consumer electronics in Japan and furniture of all kinds. The studio was based on the cultural guidance of Ettore Sottsass and the work conducted by its many young associates, who often left to open their own studios. Sottsass Associati is now based in London and Milan and continue to sustain the work, philosophy and culture of the studio. The studio works with former members of Memphis as well as with the architect Johanna Grawunder and the industrial designer James Irvine. It works for major companies like Apple, Philips, Siemens, Zanotta, Fiat, Alessi, and also realises the interior design of all the retail shops of Esprit (Esprit Holdings). 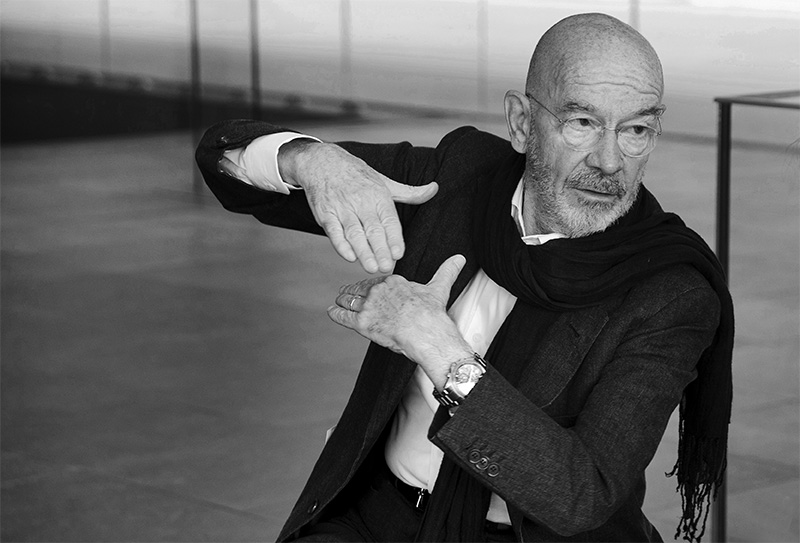 
Mario Bellini is an architect and designer internationally renowned. He received the Golden Compass Award eight times and 25 of his works are in the permanent design collection of the New York MoMA, which dedicated to him a personal retrospective in 1987. He was editor of Domus magazine (1985-1991). He has designed countless art, design and architecture exhibitions over the years, both in Italy and abroad: among the latest those at Palazzo Reale with Giotto's masterpieces (2016) and - at the Milanese Museo del '900 - the one dedicated to Margherita Sarfatti (2018-2019). In 2015 the Milan Triennale awarded him the Gold Medal for his career in architecture and in 2017 dedicated a retrospective exhibition to him. The same exhibition that will be organized again in Moscow in March 2019. Since 1991 he is Royal Honorary Designer of RDI. Since the 1980’s Mario Bellini, dedicating himself almost entirely to architecture, has designed numerous kinds of buildings including the Portello Trade Fair district in Milan, the Villa Erba Exhibition and Convention Centre in Cernobbio (Como), the Tokyo Design Centre in Japan, the Natuzzi America Headquarters in the United States, the National Gallery of Victoria in Melbourne, the Deutsche Bank Headquarters in Frankfurt, the City History Museum of Bologna, the Department of Islamic Art at the Louvre in Paris, the new Milan Convention Centre - the largest in Europe - and in Rome-Fiumicino the new international Airterminal T3 has been completed, while the new Headquarters Generali Group in Trieste has just been inaugurated. Projects currently underway are the New Polytechnic School of Genoa (2006-2020), a vast hotel and residential development on Virgin Gorda Island in the British Virgin Island (2018-2020). He has various projects at the design stage, among which, the "Bin-County Project", a new city for entertainment, sport and culture in the Harbin area in China (2018-2023), the new Headquarters of RAI in Milan “Italian radio and television broadcasting studios and offices”, and a large Residential Cultural and Sports Complex “Oasis” in the Gulf Area.